Vienna, October 2022: The winner of the Immunis Sponsorship for Young Science is Illaria Dorigatti, who is investigating the function of the enzyme PEDS1 on the hematopoetic system. She is receiving cash and in-kind contribution worth 6,500 euros from the medical products specialist Szabo-Scandic. The recognition award endowed with 1,000 euros goes to Konstantin Adrian Klötzer at the Medical University of Graz.

Both award winners were chosen by an independent expert panel of the Next Generation Immunologists, NGI, under the direction of Katja Knapp. As sponsor of the prize, Szabo-Scandic handed out the Immunis-statute and certificates at the award ceremony. “We are excited to be able to support two promising projects in their realization with cash and in-kind contribution worth of 7,500 euros again this year” Günter Schleinzer says, director of sales and initiator of Immunis.

Ilaria Dorigatti is researching the role of the enzyme plasmanylethanolamine desaturase (PEDS1) on the immune system at the Institute for Biological Chemistry in the group of Katrin Watschinger. PEDS1 is an enzyme responsible for the last step of the biosynthesis of plasmalogens, a subclass of ether lipids.  “My project aims to enlighten the role of the PEDS1 enzyme, especially in regard to the pathological aspects for the immune system after loss of the enzyme,” says Dorigatti.

A first explorative analysis in mice lacking PEDS1 showed increased mean blood platelets volume as well as reduced hematocrit and hemoglobin levels. A complete immunological analysis will be used to evaluate the development of the cellular subclasses from the lymphoid and myeloid lineage of the young and adult mice. Both in vivo and in vitro studies will be used to evaluate, if a deficiency of PEDS1 leads to dysregulation of the immune system, with a focus on the development and functionality of B-cells.

Dorigatti convinced the expert panel with this project approach and wins the Immunis Sponsorship for Young Science 2022. Szabo-Scandic promotes the early-career scientist with a prize money of 1,500 euros and in-kind contribution worth of 5,000 euros.

The recognition prize is awarded to Konstantin Adrian Klötzer from the University Clinic for Internal Medicine (Department of Nephrology) at the Medical University of Graz for his research project about the influence of ketogenic diets on kidney diseases. Ketogenic diets have shown anti-inflammatory and protective effects in various experimental disease models, for instance, in case of gout and peritonitis and stroke.

Klötzer, who already completed the study in Human Medicine, is now concerned about the possibility if kidney damages could be prevented by a ketogenic diet: “We believe that specific diet concepts such as the ketogenic diet have the potential to be an important pillar for the treatment of inflammatory kidney diseases. Translational research is going to assist us to identify relevant and protective mechanisms.” The panel were impressed by Klötzer’s research approach and awarded him the recognition prize. Konstantin Adrian Klötzer is delighted over the prize money of 1,000 euros and emphasizes: “I think that the Immunis Sponsorship is a great initiative since it facilitates young researchers to convert their ideas in new findings.”

“We wish Ilaria Dorigatti and Konstantin Arian Klötzer all the success for their research projects and are convinced that they are both taking an important step in their careers here,” says Günter Schleinzer from the Immunis Sponsor Szabo-Scandic. In total, Szabo-Scandic is now supporting four young scientists with their dissertation. 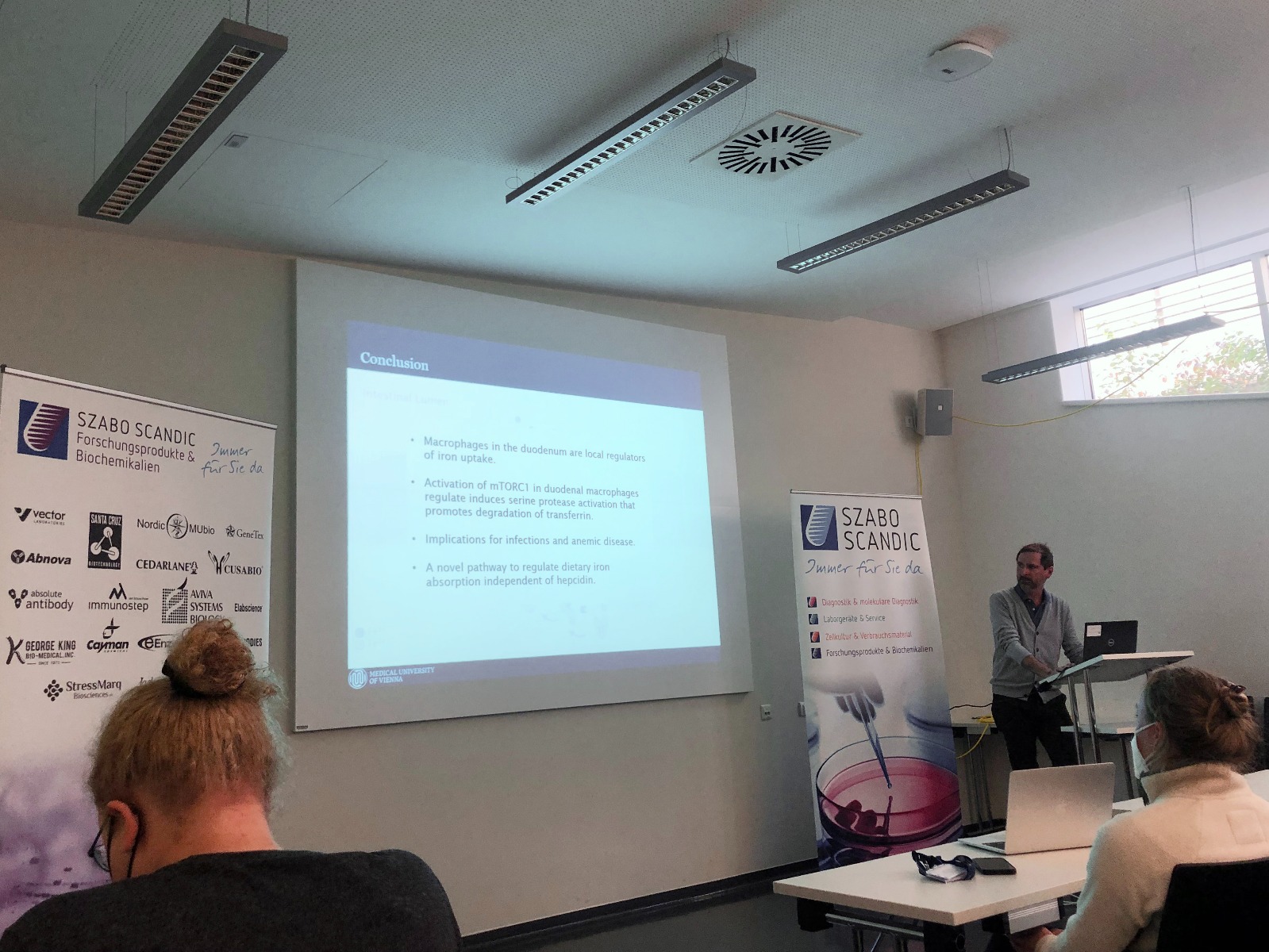 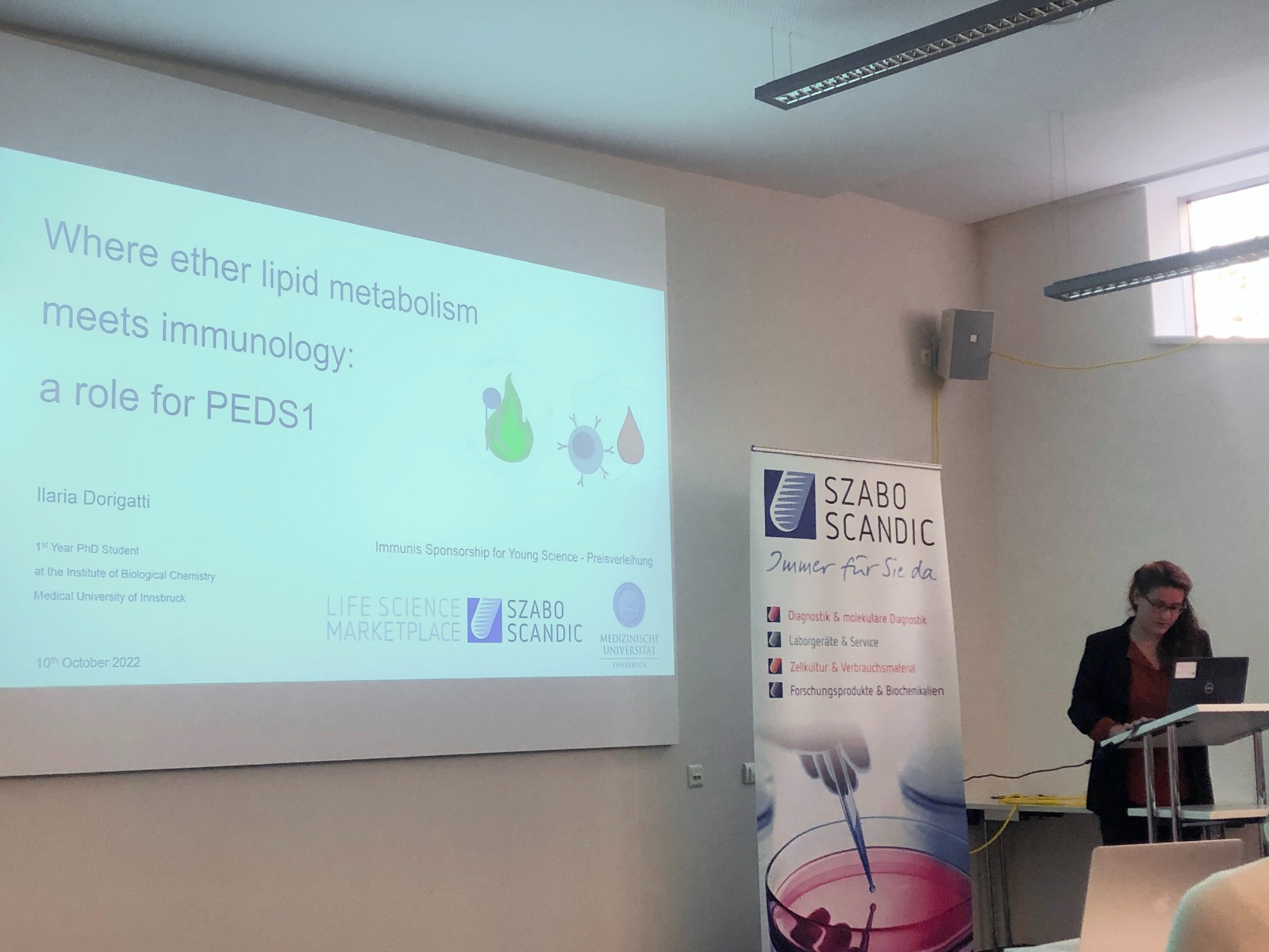 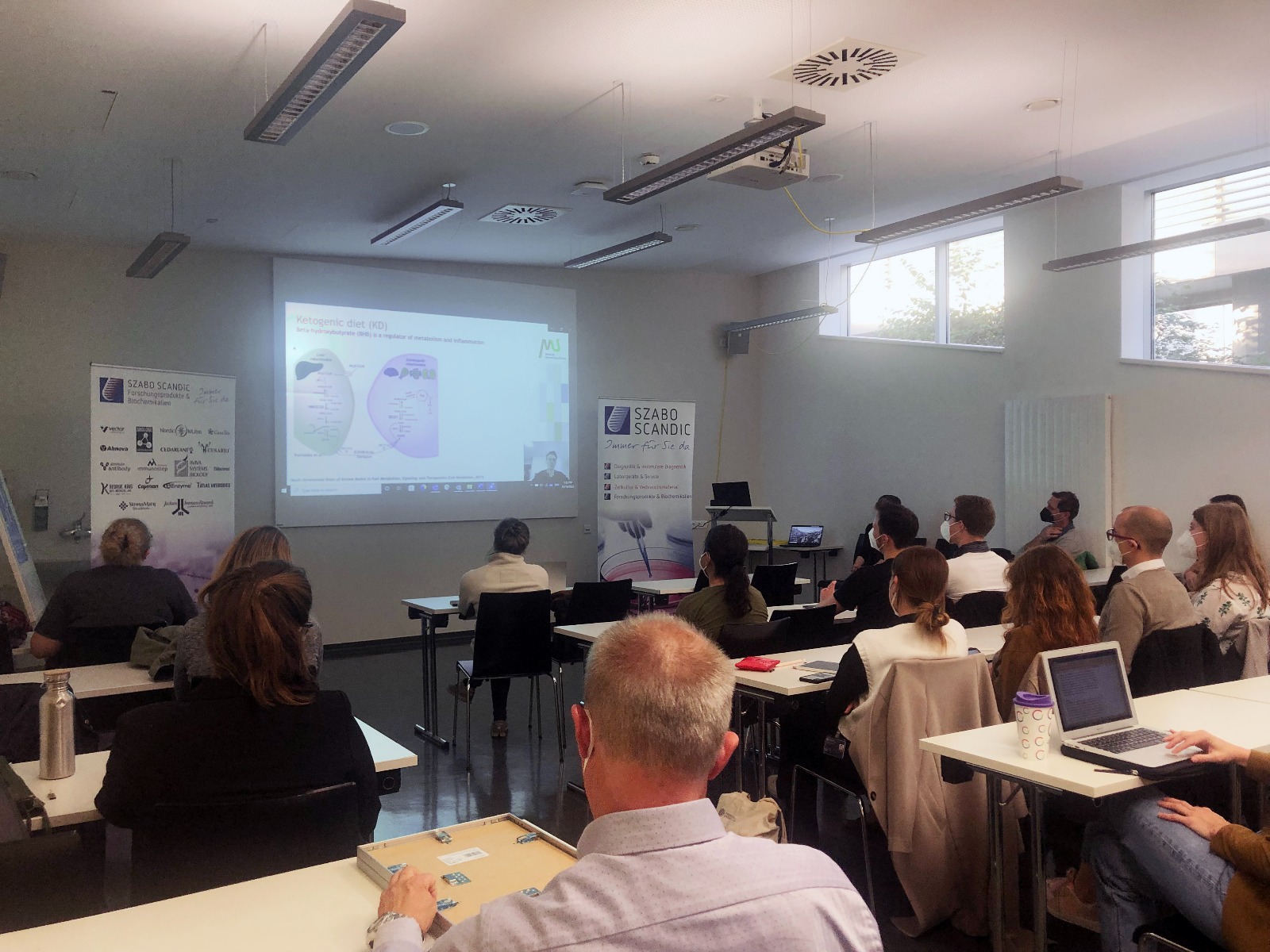 Use for editorial purposes is free of charge. Please note the copyright ©Szabo-Scandic HandelsgmbH